Nick Gardner to climb all 282 Munros for osteoporosis

Over the years, Nick has developed a deep-rooted love for the Scottish mountains - being both an experienced walker and climber. His wife, Janet, was also fond of walking among wildlife and was a passionate gardener.

However, Janet's health unfortunately began to deteriorate in 2002 when she suffered several spontaneous spinal fractures due to osteoporosis. Then, in 2018, Janet was diagnosed with Alzheimer's disease and vascular dementia.

"Many people have described Janet as being the most gentle and compassionate person they have ever met," says Nick.

"She has been the most wonderful and caring wife, mother and grandmother possible and I am eternally grateful that I fell in love with her.

"As a family, we would do anything to make Janet better, but we can't. However, we can help others." 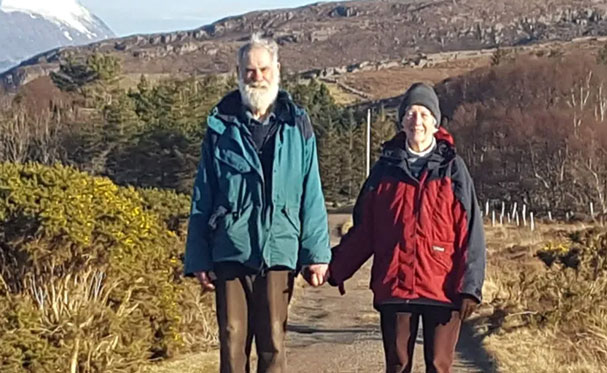 After turning 80 years old in April, Nick wanted to do something special to help other people affected by these conditions. So, he set himself an incredible challenge of raising £10,000 for both the Royal Osteoporosis Society and Alzheimer Scotland.

Nick says, "Despite my grand old age, I think I have the mountaineering skills, experience and fitness to succeed!"

You can support Nick and follow his journey on his fundraising page. 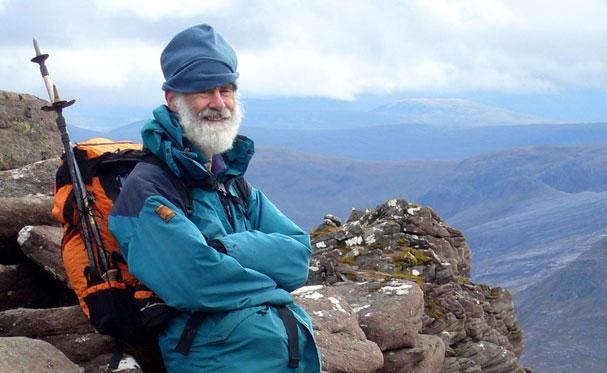 You can help make a world without osteoporosis a reality.

However you choose to support the Royal Osteoporosis Society, we'll be there to help you make the most of your fundraising efforts.

Whether you'd like to host a Virtual Open Garden, create your own activity with Your 206 Challenge, or Bake for Bones, your fundraising will directly support people affected by osteoporosis.

Discover how you can help.

Heather and Hayden cycle 50 km to fundraise for osteoporosis

07 Sep 2020 | Your support
Thank you and congratulations to ROS supporters Heather and Hayden, who recently completed a 50 km sponsored bike ride together.
Read more

27 Jul 2020 | Your support
We'd like to send huge thanks and congratulations to ROS supporter Trevor Taylor, who reached the finished line of his Coast to Coast challenge!
Read more

Share your story to help others through the pandemic

09 Jul 2020 | Your support
Your story can help make our information and support as helpful as possible, and help reassure others going through similar experiences to you.
Read more
Login
Register